Use, processing and sale of flowers and buds will also be legal, with THC content capped

Snacks with marijuana as an ingredient are shown at the Ganja Appetit exhibition at Seacon Square mall on Nov 26. (Photo by Somchai Poomlard)

The Ministry of Public Health will next year push for legalisation of all cannabis parts, lifting the last remaining hurdle preventing full use and commercialisation of the plant.

Thailand earlier removed stems, roots, leaves and sprigs of cannabis from its Category 5 narcotics list, but kept flowers and buds on it.

The new Narcotics Code, which took effect on Thursday, no longer has cannabis and hemp on it.

The next step is for the ministry to announce a revised narcotics list of all five categories based on the new law. Cannabis in all but one form will no longer be on it, minister Anutin Charnvirakul said on Saturday.

The only exception is cannabidiol (CBD) extracts with tetrahydrocannabinol (THC) of more than 0.2%, he added.

Once the new list comes into effect, all cannabis products such as oil, soap, cosmetics and supplements, which normally have less than 0.2% of THC, can be made and used freely.

“The number is not unilaterally set by Thailand. It’s the World Health Organization standard,” he said, referring to the concentration level deemed dangerous.

Mr Anutin was in Nakhon Phanom province on Saturday to launch the “Cannabis Kickoff on Mekong Bank” event. It aims to encourage people to grow and process cannabis to supplement their incomes, which will in turn stimulate the economy and agricultural tourism, he said. (continued below) 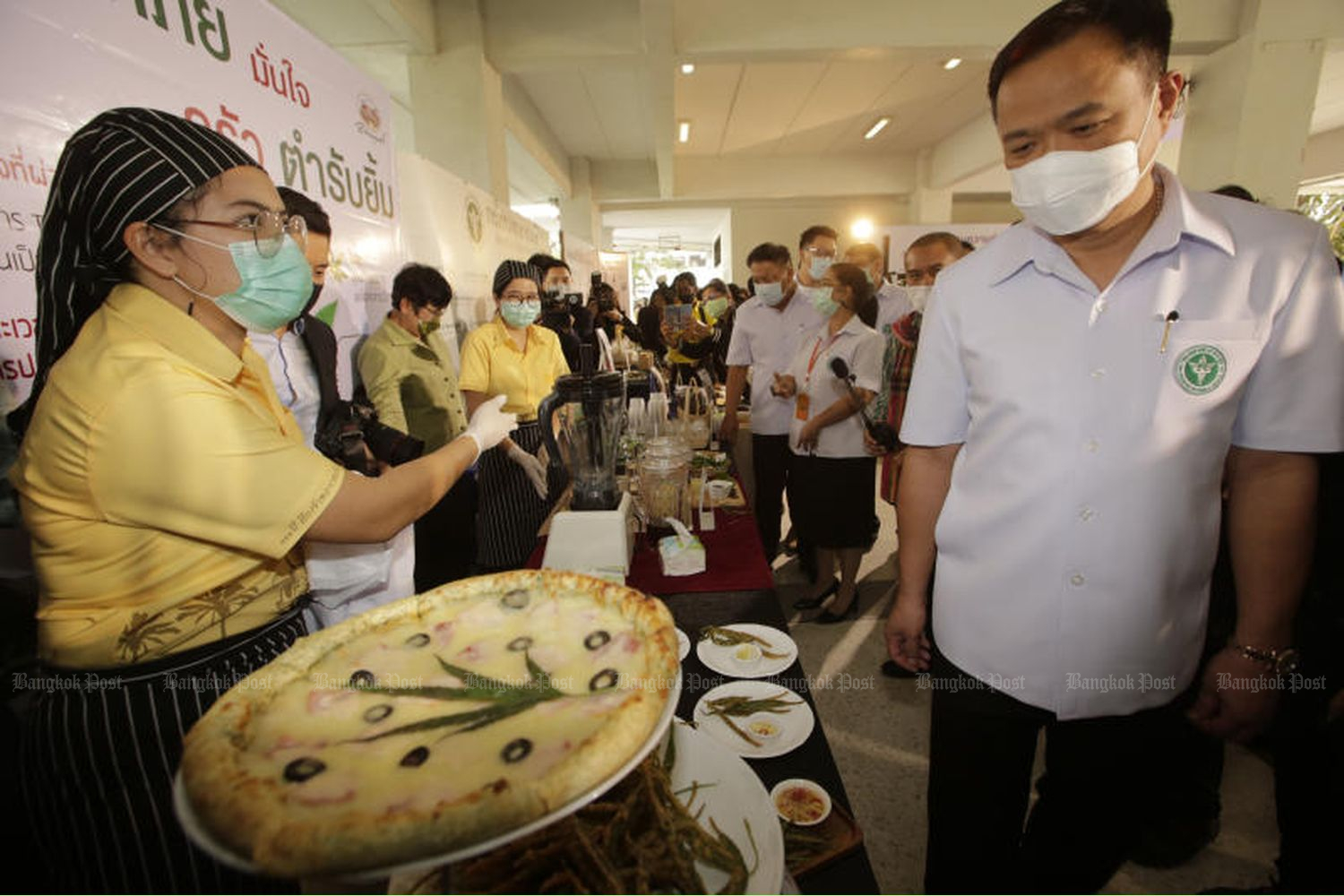 Public Health Minister Anutin Charnvirakul visits an exhibition of cannabis products at the ministry in January this year. (Photo by Pornprom Satrabhaya)

There will be no restrictions of how many plants each household can grow. The only requirement is that they ask for permission from authorities before planting it.

The Food and Drug Administration has been instructed to streamline and facilitate the process.

The next step is to put approved medicines with cannabis extracts on the main drug list for the universal coverage scheme available to all people.

“What we have achieved so far is to declare that cannabis stems, roots, leaves and sprigs are not drugs. Starting next year, we’ll remove everything — stems, roots, sprigs, leaves, buds, flowers and seeds — from the narcotics list,” he said.

Mr Anutin added that people had been hard hit by the Covid-19 pandemic and the cannabis initiative would help.

“When the economy is picking up and we don’t have new products as alternatives, people will keep doing the same things and competing with one another,” he said. “But if we offer them a choice, they can learn to build on it, creating new products and business models, which will in turn speed up the economic recovery.”

The ministry also has a policy to promote other herbs such as hemp and kratom.