Justin Machacek tried to make his fleeting Oklahoma marijuana business work, but the upfront costs and competition from the criminal underworld were too much, his attorney said.

Don Pirtle never even got his licensed cannabis venture off the ground. And Justin Magnuson spent tens of thousands of dollars on licenses, fees and permits to grow and sell the plant legally in California, his lawyer told a judge.

All three men, despite being licensed in other states to sell marijuana, were recently sentenced to federal prison for illegally distributing marijuana in Texas, which does not have a broad, permissive medical marijuana program. Their short-lived attempts to become legitimate weed entrepreneurs appear to illustrate a major problem cannabis advocates have been warning about: the dominance and lure of the black market.

Because of it, some business people who start out intending to follow the rules sometimes run afoul of the law, advocates say.

High taxes and other regulatory hurdles make it difficult for the small-time operator to start a marijuana venture or to remain in business, industry consultants say. Drug traffickers, unburdened by regulatory costs, undercut prices considerably. Experts say it’s rare for someone to obtain a marijuana license and still sell or grow it illegally; but the temptation is not small.

“We worked so hard to get this regulated market so that we can start to be treated equally like any other business or industry in America,” said Bethany Moore, a spokesperson for the National Cannabis Industry Association.

But the popular joke among industry insiders, she said, is that “we are regulated more heavily than plutonium.”

Machacek, 42, and Magnuson, 40, were first-time offenders. Even so, they received unusually favorable plea deals for drug distribution offenses: six months for Machacek, which he’s already served in pretrial custody, and two years for Magnuson.

Pirtle, 45, a felon with a nonviolent drug record, is serving six and a half years, having been sentenced in late January in Plano.

Experts say the national legalization of marijuana would eliminate the confusing patchwork of state laws and deal a major blow to traffickers. Medical cannabis is fully legal in 37 states; Texas is not one of them.

“Justin [Machacek] was in over his head in this industry because of funding, competing with larger producers and the black market,” his attorney, John Hunter Smith, wrote in his sentencing memo.

Defense lawyers for two of the men said they hope Congress is close to legalizing marijuana so their clients can clear their names and get on with their lives. But while cannabis bills continue gaining bipartisan support in Washington, they are unlikely to pass in the Senate.

Similarly, the Texas Legislature is not expected to approve a comprehensive medical marihuana program anytime soon. Despite being surrounded by states that legalized medical cannabis, Texas limits the drug’s use for only a handful of ailments and only in very low doses.

All three men sentenced in the Eastern District of Texas came from humble beginnings and credited hard work and determination for overcoming various challenges to form their own legitimate marijuana businesses — on paper at least.

Magnuson, a millionaire Dallas entrepreneur, spent “tens of thousands of dollars” on lawyers, biologists, architects and construction experts to become licensed to sell pot in California, his lawyer said in a recent court filing.

“Drug dealers don’t do that,” the lawyer, Mark Seitles, told the judge during his client’s sentencing.

Magnuson was the last of the three men to be sentenced — on April 11 in Plano — for illegally shipping his California marijuana crop to Texas for sale on the black market. Seitles blamed his client’s business partners for the trouble but acknowledged that Magnuson, a sophisticated businessman, “should have known” what was happening.

Magnuson, of Dallas, pleaded guilty in March to a drug distribution charge. It marked the inauspicious end to a wildly successful business career.

The son of a paint estimator, Magnuson earned his bachelor’s degree from the University of North Texas and a master’s degree from Southern Methodist University. The Houston native sold his health care company in 2017 for almost $100 million while still in his 30s and began investing in new ventures, including a marijuana business.

Magnuson, who had been in a master’s program at UCLA, bought dozens of acres of rural Northern California land, court records show, while intending to grow and sell marijuana legally. But federal authorities alleged that Magnuson and his associates transported the marijuana out of state — inside soda vending machines in semi-trailers — and then used his private jet to fly the cash proceeds back to the West Coast.

“Not a day goes by that Magnuson doesn’t regret entering the marijuana business,” his lawyer wrote in a court filing.

Since California legalized marijuana in 2016 for recreational use, the state has become a major source of illegal growing and trafficking operations, taking business from Mexico’s drug cartels.

As part of his criminal proceedings, Magnuson agreed to forfeit a private jet, a Land Rover, a California property and $1.1 million in alleged drug proceeds, court records show. But he was not required to pay a fine or serve a period of probation upon his release from prison, which are routine conditions in federal drug cases.

Seitles said Magnuson didn’t know that his business partners had no intention of following state or federal drug laws. Just months after buying one of his California properties, Magnuson hired a “marijuana regulatory and compliance lawyer” to help him “get licensed to cultivate and distribute marijuana in California,” Seitles said in the filing.

Assistant U.S. Attorney Heather Rattan told the judge that her office took into account new defense evidence showing that Magnuson got into the marijuana industry intending to follow the rules.

But she said it did not absolve him of blame and that had they gone to trial, she could have persuaded a jury that Magnuson showed “willful ignorance” of what was going on.

Seitles said Magnuson “blindly trusted” his business partners and acknowledged that he “should have paid closer attention and put a stop to it when he had the chance.” But that did not make him a “drug kingpin nor a money launderer,” he added.

Machacek, a Republican Party activist and marijuana legalization advocate from Fort Worth, pleaded guilty to possession of marijuana with intent to distribute. His plea papers said the illegal conduct occurred from September 2018 to June 2020 and involved less than 50 kilograms of marijuana.

Machacek was raised by a single mother and struggled with drug addiction to try to treat his anxiety and depression, according to his sentencing memo.

He earned an associate degree in marketing from Tarrant County Community College and worked his way up to executive producer for a religious television network based in Bedford before being laid off during the COVID-19 pandemic.

When Oklahoma legalized medical marijuana in 2018, Machacek started a marijuana business there called Boho Alchemy with money from investors. His plan was to cultivate and process cannabis, his attorney said in a sentencing memo. The business, however, failed.

A similar fate befell Pirtle in his attempt to join the swarm of cannabis capitalists clamoring to set up shop in the state. Oklahoma has one of the nation’s most liberal medical marijuana laws. Licenses for dispensaries, growers and processors are relatively easy to obtain, and Oklahoma doesn’t limit the number it issues.

As a result, the state has the second-highest number of pot stores per capita in the nation, officials there say. The downside of that boom has been an oversaturation of dispensaries, making it even harder to earn a living in the industry.

Most want to be legal, he said, but the cost and effort required has created “this dual system.” One can make a lot more money going across state lines if they’re willing to take the risk, he said. And police aren’t doing enough to crack down on the bad actors, he added.

“There’s no margin in being legal when you have to compete with illegal,” Spiker said.

Pirtle grew up in a tough neighborhood in southern Oklahoma that forced him to “adopt a hustle” to survive, according to an online biography.

His prior drug offenses were over 20 years old. And so he was able to obtain a state license there in 2019 to grow marijuana to sell to dispensaries. He formed a business, but then the pandemic struck, forcing him to remain in a Collin County house during the lockdown.

Pirtle said he was experimenting with growing techniques for his business and not selling drugs out of the house. But an anonymous tip to police in July 2020 led to a raid during which police found “marijuana plants in the living area, master bedroom, and garage,” court records show.

Officers seized 62 marijuana plants. Pirtle pleaded guilty to a marijuana distribution charge and being a felon in possession of a firearm.

Moore, of the National Cannabis Industry Association, said the legal marijuana businesses that are thriving have considerable resources. Many are swallowing up smaller outfits in mergers and acquisitions, she said.

“It’s definitely a labor of love to get into the cannabis industry if you don’t come from a lot of wealth or don’t have access to a lot of capital to launch,” she said. 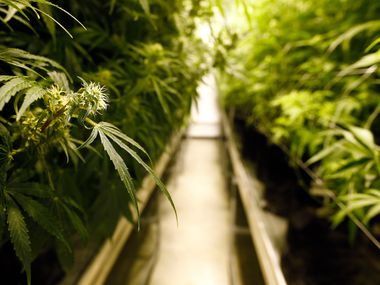 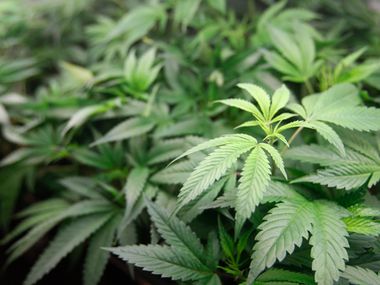 What Does CBD Stand For

A guide to Michigan’s recreational marijuana laws: What you should know

'I Wanted To End My Life But CBD Changed My Life': Can CBD Help Chronic Pain? | This Morning

I Tried Medicinal CBD For A Week To Help My Anxiety

'I Wanted To End My Life But CBD Changed My Life': Can CBD Help Chronic Pain? | This Morning

I Tried Medicinal CBD For A Week To Help My Anxiety